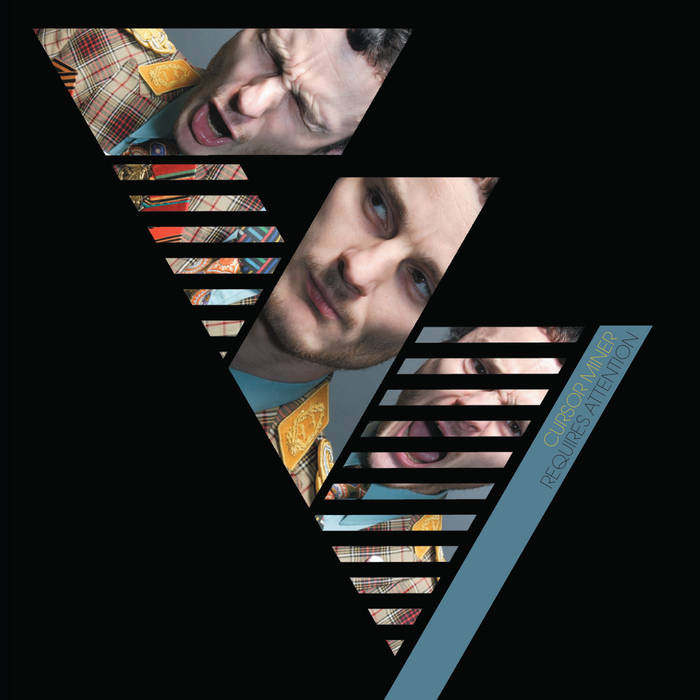 Cursor Miner’s fourth studio album “Requires Attention” will be unleashed by Uncharted Audio this autumn and is his most coherent and accomplished record yet. Featuring the singles “Mad Cow” (which spent 2 weeks on the DMC Update chart) and “Luna” (currently picking up radio play from Huw Stephens, Nick Luscombe, John Kennedy (XFM) and more), it combines everything that is good and great about Cursor Miner, which is basically just about everything.

You’ve seen the outfit. You’ve heard the scandalous rumours. You’ve landed the jump jet in tricky conditions. NOW HEAR THE ALBUM. Cursor Miner returns with a brand new load of sonic hassle. It’s heavier than metal, it’s beefier than a bullfight and it’s more original than the first ever thing EVER.

Yes literally if you own this music you will be part of the new and better smelling era. You’ll be so cutting edge you’ll get a research grant. Normal people will look at you in utter revulsion and say, “What’s that horrible noise?” and, “It’s doing my head in” and you’ll say… “Get with the program. Cursor Miner Requires Attention is the absolute boomba klart”. YES. That’s really what you’ll say!

Yes people, a huge amount of money has been lavished on this album, if by “lavished” you mean WASTED! Which is what you’ll be when listening to the indescribable levels of COSMIC SPAZZFUNK. This album used LOTS of posh software, a LOT OF ELECTRICITY, many parts of things, TECHNICAL things, stuff that you couldn’t POSSIBLY understand. A laptop made in a VOLCANO, with a monitor made of GRANITE and a mouse made of GAS! A drum machine that runs on RAILS, a synthesizer powered by PLUTONIUM APPLES… These are just some of the TWISTED NEW SCHOOL wing wangs that the GENIUS Cursor Miner uses to create THE STUPIDEST NOISES IN THE WORLD™. It’s at least 20% BETTER than the last Cursor Miner album, as measured by albumgoodnesstest.com, which is a newly invented software that tells you how GOOD something is.

Now I demand to know what the hell you’re doing sitting there not listening to CURSOR MINER REQUIRES ATTENTION!

All tracks written and produced by Rob Tubb. Additional writing and arrangement on "Luna" by Ben Webster.

Love and thanks to Mum, Dad and Pete, Auntie Pat, Standard Planets, Lo Recordings, Noodles, the Suprancia/Keele Massive, all the promoters crazy enough to book me, my gorgeous Barbara and anyone who still believes in music and truth.

This album was made with the hindrance of a vapid and degenerate media culture, Dominic the evil blue triangle, dying hard drives, dying synths, dying PAs, dying computers, rented accommodation, traffic, the lamest decade since the 40’s, loss of faith in humankind and knowledge of impending catastrophe.